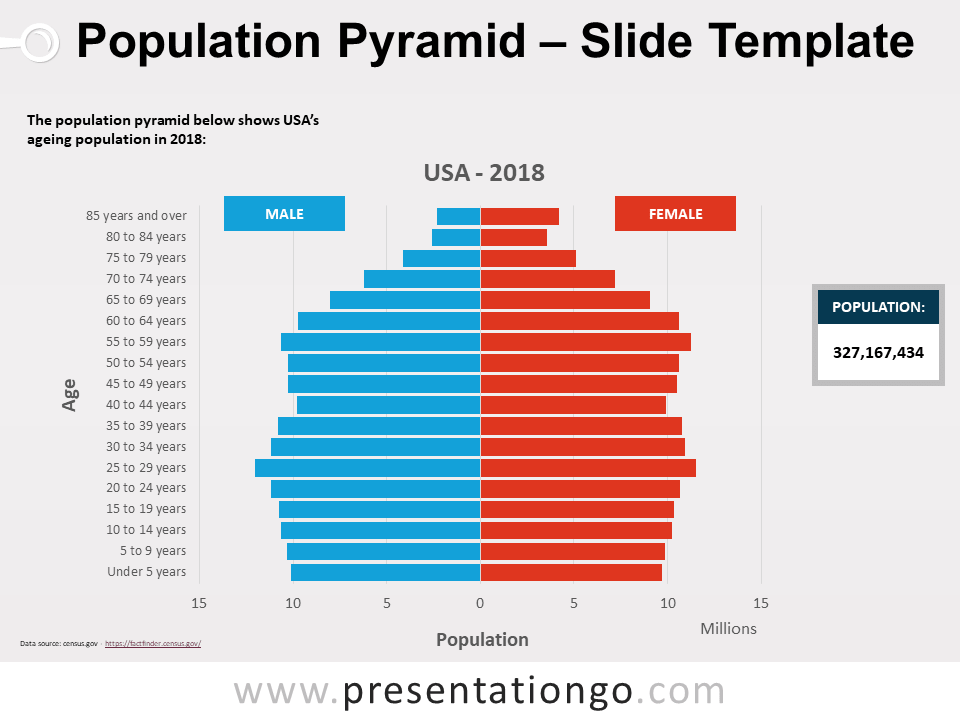 The pyramid population, also known as the age-sex pyramid, is a chart where two sets of data series (male and female) are displayed side by side. This graphical illustration makes the distribution of the 2 age groups very easy to compare.

This type of chart is also called the butterfly chart.

It is made with PowerPoint data-driven bar chart: you can easily edit and change data series and format.

This template features the United States age structure in 2018 (real data from Census).

Shapes are 100% editable: colors and sizes can be easily changed. 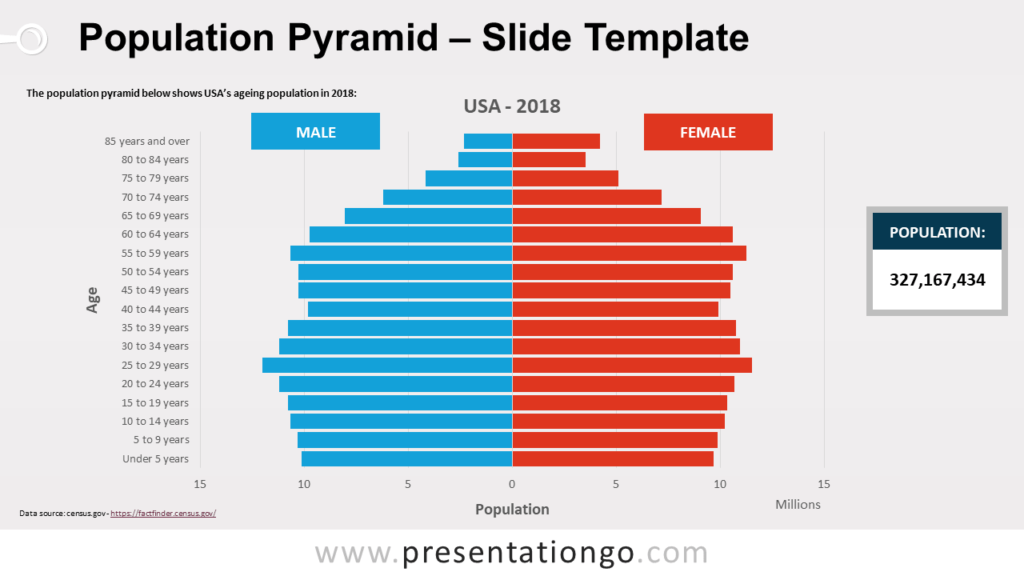 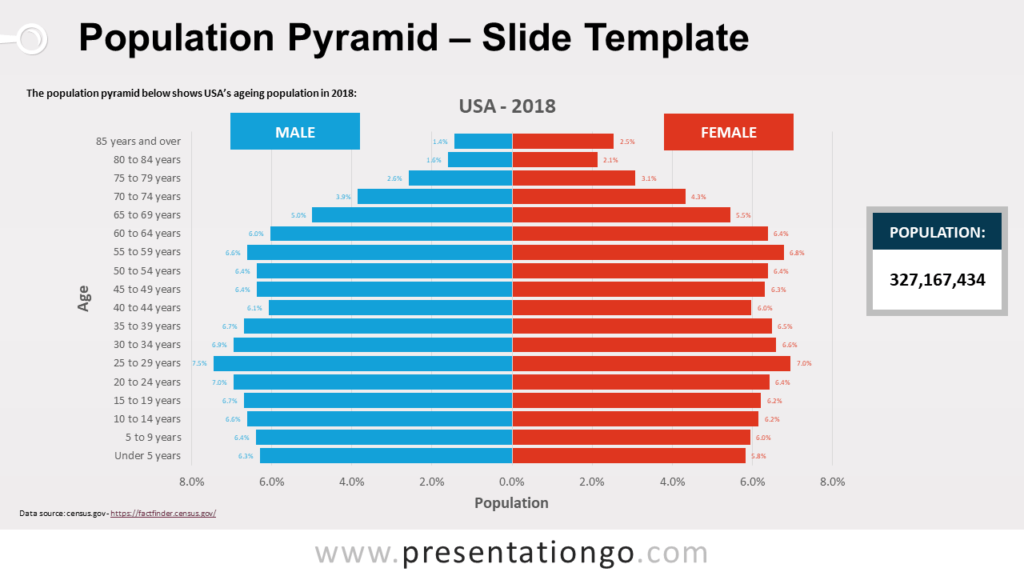 Personal and educational use

© Copyright 2022 Ofeex | PRESENTATIONGO® is a registered trademark | All rights reserved.

Thank you for downloading this template!

Remember, you have to attribute PresentationGO. For example, you can use the following text:

If you really like our free templates and want to thank/help us, you can:

Buy us a coffee coffee

Thank you for your support